When water comes into your toilet bowl after a flush, it sits at a constant level. If you notice that this water level is lower than usual, then you might have a problem. Why is the water in your bowl so low?

Sometimes, a clog in your toilet's system can affect the volume of water that stays in a bowl after a flush. A minor blockage can do this by preventing your system from working correctly. For example, the water might rise higher than normal when you flush and then go down to a much lower level than usual.

This problem often resolves itself. A couple of extra flushes might be enough to push the blockage through the system and get things working again.

However, if the blockage is bigger or further down in the drain, then it won't go away on its own. In fact, it could get worse. If it blocks your system completely, then your toilet could start to fill too high and even overflow.

Your toilet's tank controls the water that goes into your bowl after a flush. The tank releases water when you flush and then refills itself.

If a part in the tank has a problem, then it might affect this process. For example, if a fill valve or control isn't working, then the tank might not fill up enough to give a full flush. Your toilet might work, but its post-fill level might be lower because the system isn't providing enough water.

Your toilet bowl contains inlet holes. When you flush, water comes down and out from these holes to fill the bowl.

Sometimes, these holes can get blocked up, say with limescale. If some of them are blocked, the water can't come out of them. This affects the volume of the water each flush provides. It can then reduce the water level in your bowl after a flush.

If your toilet cracks or breaks, then it can start to leak. You can't always see this damage if it is further down in your system. However, it can affect the level of water in the bowl.

Here, the leak lets water out of your toilet. The water in your bowl after a flush might be at a normal level to start with, but it will then slowly recede as it leaks out further down the system.

If your water level doesn't go back to normal, then you need to call out a plumber. If this problem doesn't resolve itself fast, then you could have a more serious problem with your toilet or in its drain. 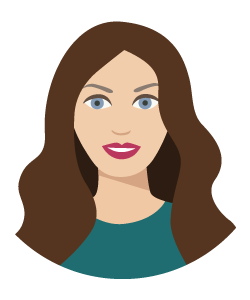 Yo! My name is Pedro and my number one passion in life is plumbing. If you are interested in finding out about the joys of plumbing, I invite you to read my wonderful blog. I should point out that I am not a trained plumber. While I have much respect for those who work in the plumbing industry, I have never been trained myself. My knowledge comes from my interactions with plumbing contractors. As well as calling in contractors to complete work around my property, I also like to hang out with them when I get the chance. Over the years, I have learnt all kinds of cool things.

Could Slow Drains in Your Home Point to an External Issue?
13 October 2022
Have you noticed that the water takes longer to flow out of your sink than it used to? Alternatively, have you heard some strange gurgling sounds when …

Why Is the Water Level in Your Toilet Bowl Low?
28 June 2022
When water comes into your toilet bowl after a flush, it sits at a constant level. If you notice that this water level is lower than usual, then you m …